She is interested in biological markers of brain function and structure that characterise psychosis and their genetic influences. 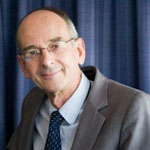 in routine service settings, and the organisation of mental health services between primary and secondary care.He is a member of the NICE Clinical Guidelines Rapid Updates Standing Committee, and is chair of the London Psychology and IAPT Workforce, Education and Training Groups.

Read  more about her work here.

Professor Angela Hassiotis is a professor of psychiatry of intellectual disabilities and consultant psychiatrist at Camden and Islington Foundation Trust.

Professor Michael King, former Director of the Division of Psychiatry at UCL, is a psychiatric epidemiologist whose research focus is on in large-scale national and international research.

Dr Marc Serfaty is a Clinical Reader in Psychiatry at UCL.

Dr Andre Strydom, Consultant Psychiatrist in Learning Disabilities at C&I, focuses on recognising and treating mental disorders in adults with neurodevelopmental conditions − including people with intellectual disabilities, Down Syndrome, Autism and Asperger Syndrome, and ADHD.

His particular interest is in research on how to diagnose and manage the memory problems some people experience as they get older and the mechanisms that underlie associations between genetic conditions such as Down Syndrome and Alzheimer’s Disease, and which could help us to identify new treatments.

Dr Strydom, who also mentors young researchers in UCL’s Division of Psychiatry, is involved in developing and trialling complex interventions in adults with ID, such as CBT for anxiety and depression, positive behaviour support for problem behaviours, and health checks for people with intellectual disabilities in primary care.

Dr Brynmor Lloyd-Evans is a Senior Lecturer in Mental Health and Social Care in the Division of Psychiatry at UCL. Bryn is also a mental health social worker who has practised in community mental health teams and forensic rehabilitation services. His research interests include:

Chris Brewin, Professor of Clinical Psychology at UCL, conducts research that looks at the cognitive processes involved in the cause and treatment of anxiety disorders, particularly post-traumatic stress

Professor David Osborn, Professor of Psychiatric Epidemiology at UCL, and works as a Clinical Consultant for the Trust.

Professor Gill Livingston, is Professor of Psychiatry of Older People at UCL

Professor Johnson’s is Professor of Social and Community Psychiatry at UCL.

Rob Howard is Professor of Old Age Psychiatry at UCL and Honorary Consultant with the Camden SAMH Community Team.

Switchboard and General Enquiries
Telephone: 020 3317 3500
In an emergency
In cases of a mental health emergency, please call our 24/7 crisis line on 0800 917 3333 or contact your usual community mental health team. Find out more about getting urgent help here.